Happy 7th anniversary to us at 3.5 Geeks! We made this long without dieing. We managed to boldly go and go beyond plus ultra! Let’s see how this new year treats us! Thank you for all your care and support. We are 3.5 Geeks! We love you all from the bottom of out hearts! 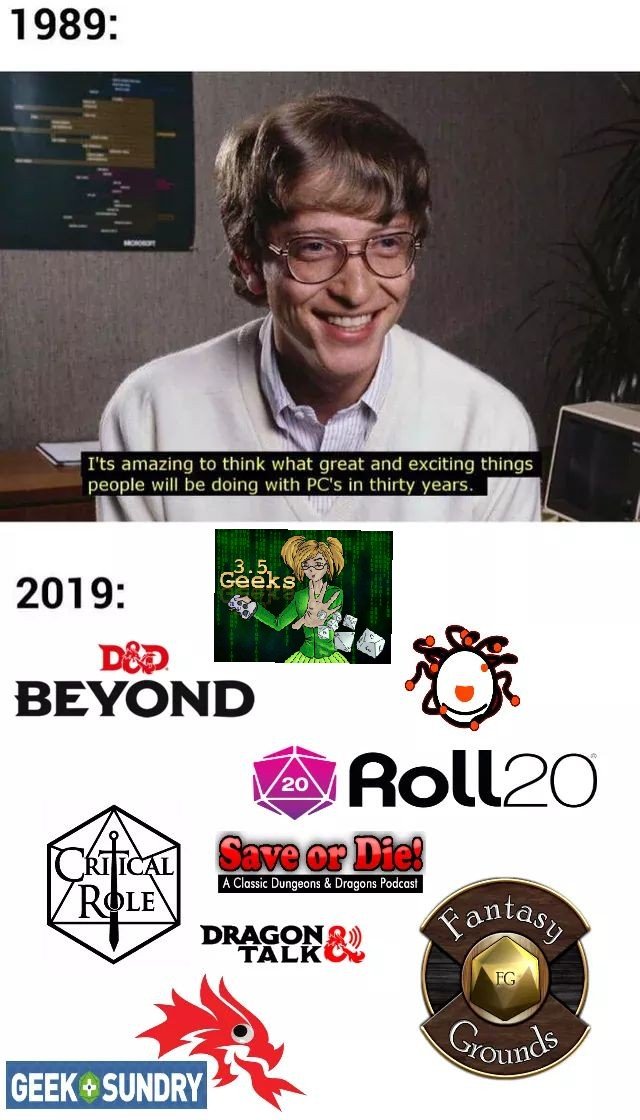 New tiers have gone up! Check them out!

Level 1.5
$10 or more per month
You *cast* a spell on some *pods* and made it out alive! But this is only the beginning. ( You gain access to a once-a-month Patreon-exclusive 3.5 Geeks podcast and all lower tiers. )

Level 2
$15 or more per month
You enter the lair of The Dragon. Prepare your soul! ( You gain access to our monthly Patreon-exclusive Dungeons & Dragons homebrew creations and all lower tiers. )

Hello everyone! We just started our own patreon! The so far we just have two tiers for now. If want to see us improve and just want to help us grow please consider donating to are patreon! Thank you.

Happy Thanksgiving from all us at 3.5 Geeks!

Come join us live at port where win prizes if show up in cosplay! Se will be live at 8pm eastern time!

Check it us also on twitch tv!

Yes it is are 3.5 Anniversary come celebrate with us on Twitch were will be live! Watch us live at 8:00 pm Eastern time! https://www.twitch.tv/3point5geeks

3.5 Geeks Is having are 3.5 anniversary! Celerbrating Are 3.5 year as a podcast with Controller Throwers! We be live on twitch Tv, So come with us and have some fun as we playing games celerbrate 3 year and soon to be more!

Being geeks, you will probably know Fred Saberhagen, either from his Berserker series, or his Book of Swords series. (My personal favorite. If you haven’t read it, you’re totally missing out, run right out and buy it.)

The Dracula series, however seems to be a bit more obscure. I’d never heard of it until I set my reading goal for the year (100) and focus (vampires). I’ve read a LOT of vampire books in the last 9 months. I read the entire Ann Rice series. No offense to any fans out there, but ugh. When I saw that one of my favorite authors had written not only a vampire series, but one about Dracula, I was intrigued. So I got them all and sat down with a slightly biased, but open mind.

As I started “The Dracula Tape” the first thought that ran through my head was “Mr. Saberhagen WTF did you DO?!” It was Roshamon but badly done. However, I kept reading because his style will just draw you in. I started to see what is plan was, to not really make Dracula an “anti-hero”, but at least a semi-protagonist. He’s not one you will necessarily love, or even love to hate, he’s rather one that you will enjoy (I think) trying to understand. Saberhagen keeps much of the Tepes lore in the character which can be amusing in the various centuries the books take place.

So, while I still haven’t found my All Time Favorite Vampire series, I found one that I actually liked better than I thought I would. And IMHO it’s a much better read than the Rice books.

For those of you who are readers and don’t frequent Goodreads I highly recommend it.  One of the cool things is that you can set a goal for how many books you plan to read for the year and then it helps you keep track, makes recommendations based on your reading history and likes, etc.

Last year I set a goal of 100 books for the year and decided to read everything Stephen King had ever written.  (Check!)  This year I set a goal of 75 and decided to try and find MY personal favorite Vampire Series.  The ones I’ve read so far, The Strain, and  Vampire Earth, have been either Post or Causal Apocalyptic, which is very far away from what I’m used to in Vampire fare.  Not better or worse, just very different.

Similar to most Dystopian series such as The Hunger Games series, there are the poor downtrodden survivors, the Resistance Movement, and The Collaborators.  With Vampires.

I realize, particularly in the current political climate, that Dystopia is all the rage and I actually liked The Hunger Games series much more than I thought I would.  I liked that there wasn’t a Wesley Crusher Ending where they all lived happily ever after.  (If you need an explanation for the Wesley reference let me know.)  I just hope that this isn’t a trend that will take over all literature. It’s an important tool to inform and make people think, but it’s not the only one, quite often, not even the best one.  We need just as many Gene Roddenberry-esque We’re Better Than That themes, where we show that mankind can rise above his baser reptile brain.

There’s a podcast I listen to called The Cleansed that is also Post Apocalyptic, no Vampires though, set in Maine.  One of the groups that broke away is called The Dwellers, who basically went back to the land, started living in a way similar to the First People in America.  Not perfectly, but they were constantly trying to improve themselves and live by principles and in harmony.  Why can’t we see more of THAT kind of After “Civilization” Collapses sort of thing?

So for the sake of my year long Search for My Personal Favorite Vampire Series, keep Dystopia in it’s place.